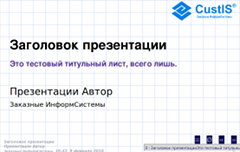 ﬁrst see a new piece of information, even if they fail to immediately act on it, during which time they may see it again;

assumes either that the likelihood of noticing a new piece of information,

accumulates steadily as the information is posted by more

inﬂuencing another individual to pass along a piece of information does not necessarily imply any other kind of inﬂuence, such as inﬂu- encing their purchasing behavior, or political opinion. Our use of the term “inﬂuencer” should therefore be interpreted as applying only very narrowly to the ability to consistently seed cascades that spread further than others.

the distribution of cascade sizes is approximately power-law, implying that the vast majority of posted URLs do not spread at all (the average cascade size is 1 . 14 and the median is 1)

depth of the cascade (Figure 4b) is also right skewed, but more closely resembles an exponential distribution, where the deepest cascades can propagate as far as nine generations from their origin; but again the vast majority of URLs are not reposted at all, corresponding to cascades of size 1 and depth 0 in which the seed is the only node in the tree.

To identify consistently inﬂuential individuals, we aggre- gated all URL posts by user and computed individual-level inﬂuence as the logarithm of the average size of all cascades for which that user was a seed. We then ﬁt a regression tree model [6], in which a greedy optimization process recur- sively partitions the feature space, resulting in a piecewise- constant function where the value in each partition is ﬁt to the mean of the corresponding training data.

Although content was not found to improve predictive per- formance, it remains the case that individual-level attributes— in particular past local inﬂuence and number of followers— can be used to predict average future inﬂuence. Given this observation, a natural next question is how a hypothetical marketer might exploit available information to optimize the di ﬀ usion of information by systematically targeting certain classes of individuals.

To illustrate this point we now evaluate the cost-e ﬀ ectiveness of a hypothetical targeting strategy based on a simple but plausible family of cost functions c i = c a +f i c f , where c a rep- resents a ﬁxed “acquisition cost” c a per individual i, and c f represents a “cost per follower” that each individual charges the marketer for each “sponsored” tweet. Without loss of generality we have assumed a value of c f = $0.01, where the choice of units is based on recent news reports of paid tweets (http://nyti.ms/atfmzx). For convenience we express the acquisition cost as multiplier α of the per-follower cost;